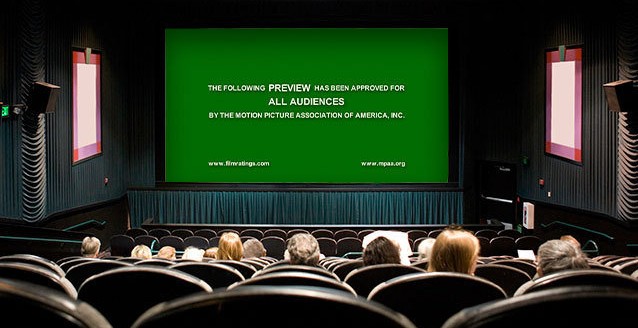 One rainy Sunday morning a few years back my family and I decided that we were tired of bonding over meaningful conversation, and took ourselves off to see the Disney film Brave.

We arrived at the cinema, bought our tickets, sold some of our organs to pay for popcorn and took our seats. Sitting next to us was a small girl, around four or five, and her mother.

The lights went down and the excitement was palpable. “Finally I get to live vicariously as a red-haired Scottish princess for an hour and a half”, I thought.

Our excitement soon turned into horror though, as the very first trailer to play in front of the film turned out to be for a Sean Penn film titled Gangster Squad. The trailer is notorious for featuring a scene in which a group of gangsters start firing tommy guns into a packed cinema, from behind the screen. Needless to say the little girl next to us started crying and her mother had to cover her eyes with her hand. It was like watching innocence being taken away before our very eyes. Imagine the end of Free Willy when Willy makes his triumphant leap to freedom, except instead of landing in the ocean, he lands in a tank in Sea World.

If I was by myself I probably would have found this amusing and brushed it off, but on this occasion I happened to be with my wife and (then) six-year-old son. Naturally he just thought it was cool. I know this because he literally said “cool” while the gunmen were blasting away the cinema patrons on screen. Still, I’d rather he was a little older before the concept of revenge slaughter was introduced into his life.

A year  before this incident something similar happened. My son is a huge Cars fan, so when Cars 2 was released there was no chance we were going to miss it. So off we went to the cinema where we bought our tickets, traded sexual favours for popcorn and took our seats as the lights went down. The first trailer was for a children’s film – I don’t remember which, probably something awful. “So far, so good”, I thought. Then came the trailer for a lighthearted comedic romp titled Conan the Barbarian, which featured the titular barbarian chopping of some guy’s head and having sex with a snake or some shit. You know, for kids.

At this point my wife was all like, “Screw this noise” and got up to complain to management. Management naturally had no idea that this trailer was attached to the film and vowed to have it removed. Now, when my wife told me this my reaction was basically, “Sure, and if ifs and buts were candy and nuts we’d all have a merry Christmas”, but I can’t verify whether he actually followed through with his promise or not. Based on past experiences, however, my money is on LOL to the no. 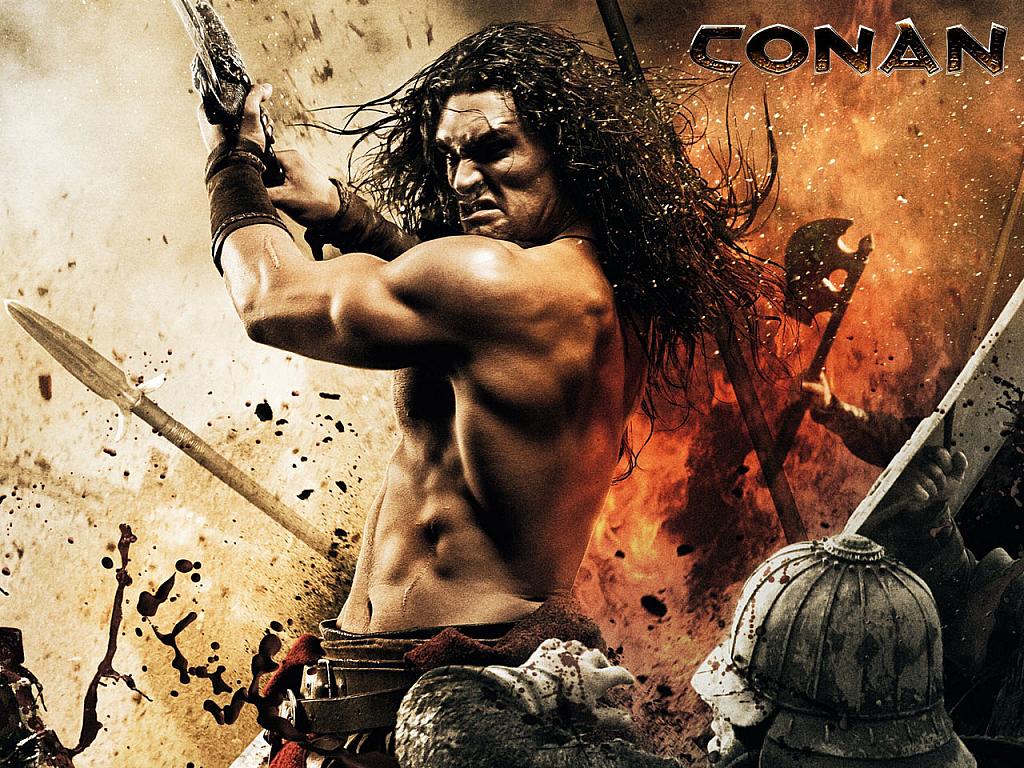 When you place a trailer in front of a film, you have the unique opportunity of marketing directly to the audience that would be willing to spend more money on similar products.

The reasoning should be:

“So you like this, well then you’ll definitely also love this!”

Call me crazy, but when I go see Nymphomaniac the last thing I expect to see is a trailer for Tinker Bell and the Pirate Fairy. The opportunity to market an upcoming film to a clearly (since they’ve already spent money on something similar) willing public has been squandered.

I understand the impetus behind attaching all the 3D trailers that a cinema may have to a 3D film that they happen to be showing, but if the only 3D film showing is going to be viewed by an audience that has little to no interest in most of those trailers, well, they’re not only wasting the audience’s time, but valuable marketing space and future income.

In other words: if the only 3D trailers a cinema has are not appropriate for the film that follows, then maybe – and this is going to sound crazy – don’t show 3D trailers in front of the film.

It just makes so much sense to me. If you’re showing Captain America: The Winter Soldier at your cinema, then it stands to reason that you should place trailers for The Amazing Spider-Man 2 and Guardians of the Galaxy in front of it, no? The people who have paid to see Captain America: The Winter Soldier are probably not going to spend money on Legends of Oz: Dorothy’s Return. I don’t care how 3D it is. I don’t care if it’s so 3D that Dorothy actually comes out of the screen and takes a dump in the cinema before returning to Oz.

I’m not saying all trailers should be directly related to the film they’re attached to. Audiences are clever and diverse, and mature subject matter should be coupled with mature subject matter. It’s absolutely fine to have a trailer for a thriller in front of a science fiction film, as long as the maturity level matches up. Cinemas need to get creative – intersperse the regular advertising with trailers so the audience isn’t subjected to a seven minute chunk of car and liquor campaigns. Pay attention to which trailers are being attached to certain films overseas. In America, cinemas are instructed by the studios to play certain trailers in front of their films. I’m going out a limb here, but I’m fairly certain the marketing department at Disney knows a thing or two about marketing.

Trailer placement is a science and a business opportunity. Simply attaching any trailer to any film isn’t just lazy and irresponsible, but bad business practice.

Making sense is my business, and business be fucking booming!

One thought on “Trailing Behind”