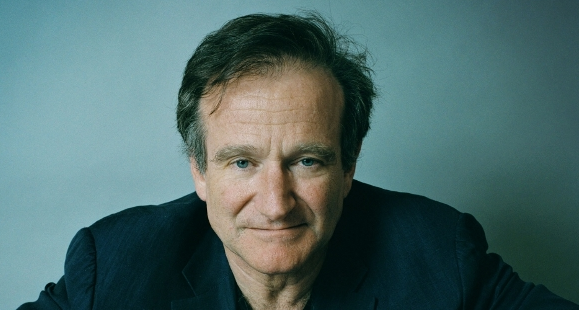 For a large part of my childhood, Robin Williams was my favourite person on the planet.

Back then he seemed to be everywhere and in everything, but going through his filmography now it’s truly daunting to try and comprehend just how much time I spent with the man, even if I never actually met him in person.

First there was Hook.

It’s no secret, if you feel inclined to do some research on the matter, that Hook is the one film that Steven Spielberg feels didn’t come out as he had intended. The rumour is that he sat in his limousine at the film’s premiere and cried.

As far as I’m concerned though, it’s one of the greatest films ever made.

Call it nostalgia, or maybe you had to be a certain age to appreciate it, but the story of a Peter Pan that grew up and had to learn how to be a child again (while flying and fighting pirates in the process) was just the best thing ever to an impressionable seven-year-old. Robin Williams was the perfect choice to play a grown-up Pan, as he had the unique ability to play both the uptight father and the mischievous child that the role required. My favourite scene in the film is when he starts remembering Neverland and the camera pulls back to reveal him hovering in the air. I must have rewound and watched the ensuing flying scene (“You are the Pan!”) a hundred times. Recently, I showed the film to my own child and it still has the same effect it did back in 1991.

I remember going to see Aladdin in Johannesburg with my late grandmother when I was eight, and after the movie ended being overjoyed when she bought me a toy Genie from a shop. I carried that thing everywhere with me for an inappropriate amount of time. My obsession with all-things Aladdin (and especially the Genie) was so intense that my grandmother actually made me a pair of blue pyjamas so I could run around and pretend to be the Genie. Yes, it happened, and no, I regret nothing.

The following year Mrs. Doubtfire came out, and I remember going to see it with my family at the old Blue Route cinema in Tokai. I haven’t seen the film in years, but we laughed our asses off at the time. Eventually it made its way to television and I remember the old M-NET guide that had Williams in full Doubtfire garb on the cover. My favourite part of the movie was when he had to avoid being discovered without his disguise on by covering his face with cream and poking his head out from behind the fridge yelling, “HEL-LO!” Man, I literally just laughed out loud while typing that.

For a while I had a Jumanji poster hanging above my bed. I used to have a mini poster empire going, with connections at various video shops supplying me with them on a regular basis. This particular Jumanji poster was double-sided, and I constructed a wooden brace that I fitted to the top of the poster, which I drilled a hole into and looped a piece of string through so I could hang it from my bedroom ceiling. So when you think about it, for a good few years Robin Williams’ face was the first thing I saw when I woke up in the morning and the last thing I saw before I went to sleep!

As I got older, I began to appreciate his more dramatic roles – Good Morning, Vietnam, Dead Poets Society, Good Will Hunting, The Fisher King – I could write essays on all of those films and his performance in each them. Even the films that the general public didn’t respond to resonated with me in some way. I cried in The Bicentennial Man, although it’s not a film I own or have revisited much (I need to watch that again!). Hell, I even cried in Jack!

Robin Williams had this amazing ability to play the complete spectrum of human emotion. There was no one else quite like him and – although in recent years his manic persona and filmic output was tinged with sadness – his death is a massive blow. In some ways it feels like a family member has died, but I suppose that makes sense when you consider how important a person can be to you when they affect your emotions in some way for years on end.

I don’t want to dwell on the depression, or his battle with drugs. That’s not what he’ll be remembered for. What I take away from his life is that no matter how talented and successful you may be, at the end of the day we’re all human – we all have the same emotions and suffer the same pain. While that may seem a bleak way to end a tribute to one of the greatest entertainers that has ever lived, I’d like to believe that even though he was ultimately the same as the rest of us, he possessed a gift that he willingly shared with the world, touching millions of people he never met, and helping him to achieve a sort of immortality in the process.

Right now I’d like to imagine that Williams is walking through a painted mural heaven à la What Dreams May Come, with Cuba Gooding Jr. and a dog at his side. So what if Cuba Gooding Jr. isn’t dead? Maybe he even meets up with Rufio and the two of them are skateboarding and crowing together at this very minute.

Farewell, Mr. Williams, and thanks for the good times.