For almost five years now I have had the privilege of being a stepfather to arguably one of the greatest little boys since that kid who played Short Round in Indiana Jones and the Temple of Doom. Granted I’ve never been in a mine cart chase with my child, and until that happens there’ll forever be a mine cart-shaped hole in our relationship, but the point still stands. Being a stepfather has been a life-altering experience that has changed me in innumerable ways. However, I wasn’t always the responsible, mature and – some might say – debonair man you read before you today. The story of how I came to meet my future wife and child, and how I adapted to a new life as a parent, is one filled with laughter, tears, whimsy and snot – lots and lots of snot. Responsibility comes with growth, and the path to that growth is a tale all its own. While cleaning a piece of said snot off the wall the other day (not mine), it suddenly struck me how life can take you in unexpected directions. So I’ve decided the time has come to tell my story, to look back on my growth as a human through the absurdity that comes with raising a child. I hope you enjoy it, and who knows, you might even learn something about yourself along the way (spoiler: you’re a huge disappointment).

If Michael J. Fox and Christopher Lloyd had appeared in my bedroom four years ago and told me that not only would I soon be in a long-term relationship, but that I’d also be a father, I would never have believed them.

Okay, that’s not true. I’d trust those guys with my life.

But if this imaginary scenario played itself out, I’m certain my first reaction would be shock and disbelief, followed by the obligatory exclamation of “Great Scott!“, and then an overwhelming feeling of abject terror.

You see, five years ago I was a very different person. Picture Hugh Grant from About a Boy; a cynical, immature bachelor with no job and no responsibility, except – unlike Hugh Grant in About a Boy – without the royalty cheques that come every month thanks to a father who wrote a hit Christmas single in the 80’s.

Still living with my parents and without a full-time job, I had no responsibilities other than to make sure I washed my own dishes and unlocked every mission achievement in StarCraft II. My days would typically consist of waking up at the crack of noon, making my bed, showering, dressing and then making a combination of breakfast and lunch, which I would eat while watching old episodes of Judge Mathis. If this sounds sad to you, it’s probably because that’s exactly what it was. I mean, Judge Mathis? Really? Was Judge Judy too mainstream for me? Thinking about it now, I was basically living the life of an 87-year-old man. The only thing missing was insulin shots and a crocheted picture of Matlock on the wall.

They say that life is what happens while you’re busy making other plans. If that’s the case, life must have heard about my plans to be the first person to memorise the entirety of J.R.R. Tolkien’s The Lord of the Rings, because things soon changed in a big way.

One night, while at a friend’s farewell party, I met a girl.

Not just a girl, but the girl.

Sometimes clichés exist for a reason and this was a case in point – she was the most beautiful girl I’d ever seen.

She arrived with a friend of mine and I assumed they were together. After a few minutes of small talk, I asked him what the story was. He assured me they were just friends, and informed me that she had a small child of four.

“No big deal,” I thought, “I’ve seen Three Men and a Baby, I can handle a small child.”

After trying my hardest to engage her in conversation, I eventually learnt that she was in the process of studying to become a teacher.

This was clearly meant to be. The chemistry was undeniable and the dialogue riveting, like something out of a Cormac McCarthy novel. 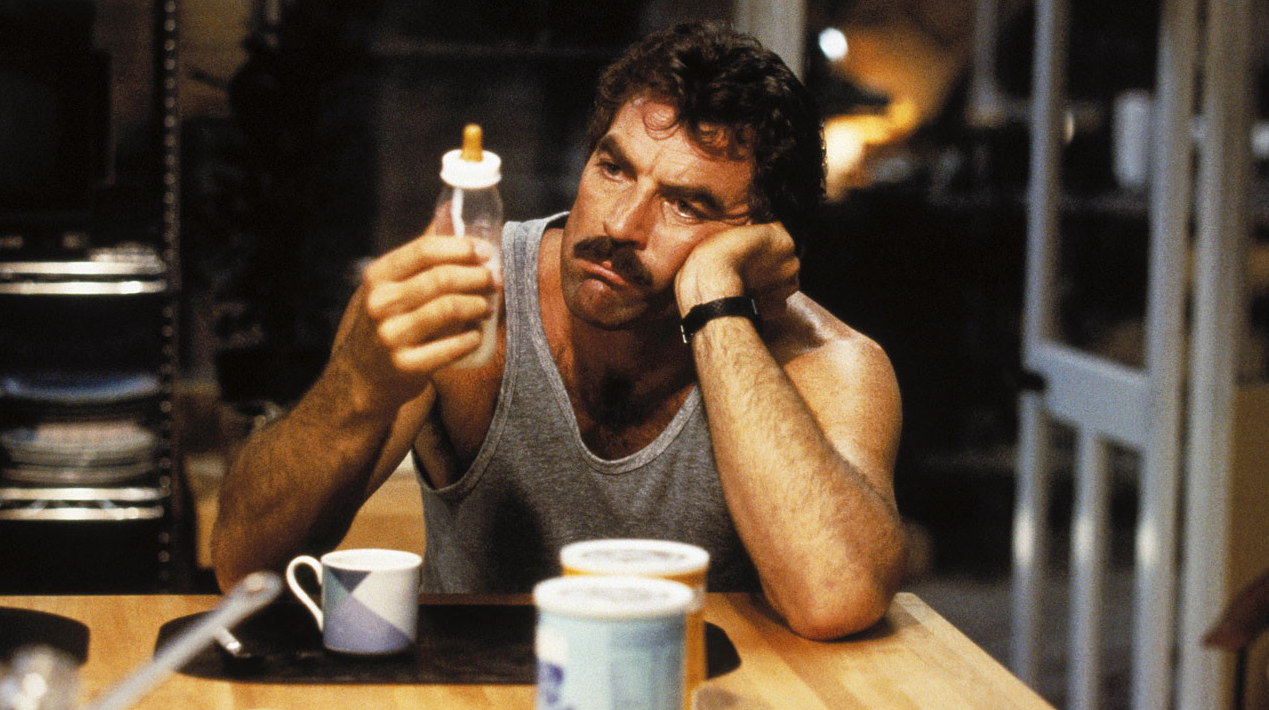 If Tom Selleck could figure out how to raise a child whilst simultaneously maintaining that moustache, how hard could it really be?

After dinner a few of us decided to go to a bar for some drinks and dancing. I try and avoid dancing unless it’s being used as a means to settle an argument, but when I found out that she was going – well, you bet your old worn out VHS copy of Strictly Ballroom I was going to be there. Who knows, maybe I’d run into an old adversary and we’d have to settle an old score. God, I wish we lived in a world where people settled their problems over a dance-off.

Once at the bar I found myself staring at her while she danced. In hindsight this probably came across as incredibly creepy to anyone who happened to notice, but I couldn’t take my eyes off of her. Eventually she got tired of dancing and came over, “I wish I had somewhere to put my bag,” she said. “I CAN HOLD IT FOR YOU!” I blurted, temporarily losing the ability to modulate my voice. She handed me her bag and went back onto the dance floor. “She’s so hot!” I said to a friend of mine, who was standing with me, “Cover me, I’m going in.”

So I danced, for want of a better word, in her vicinity for a while. My dance moves basically consist of moving my knees up and down and looking around self-consciously, the way a thirteen-year-old boy does at a barmitzvah, but I deluded myself into thinking I was killing it.

I tried to make conversation with her while we were dancing, but as anyone who has attempted to speak to someone on the dance floor of a club knows, you’ll have better luck convincing Roseanne Barr and Tom Arnold to get back together than actually having the other person hear what you’re saying.

“About eleven, I think?”

“You think I’m in distress?”

After a while everyone decided it was time to call it a night and we headed outside. I made awkward small talk with her and told her that I had a semi-weekly dinner with friends of mine, and she should join. “Sure,” she said. I would later learn that she was just being polite and that she had no intention of joining for any dinner, but I didn’t know that at the time.

Once home I immediately looked her up on Facebook, much like a lion would do to a gazelle had it the means to do so.

I waited the requisite two days before messaging her.

“Hey,” I wrote, “I know we just met and didn’t really get a chance to talk properly the other night, but do you want to go for a drink sometime? Hate asking over Facebook, but since I don’t have your number it was either this or hiring a sky writer.”

She agreed (naturally, that skywriter joke was gold) and we set a date for the following week.