Driving in my car on the way in to work yesterday morning and stuck in the worst traffic since that movie Traffic, I decided to turn on the radio to help pass the time.

The first radio station I tried was KFM.

“Selena Gomez? Who the hell is that? Must be a member of the Addams Family,” I said to myself as I came to a halt behind a line of cars stopped at a traffic light. “God, this is awful. Hopefully the next song will be much bet– goddammit it’s Adam Lambert.”

This went on for a while, interspersed with century-spanning advert breaks, before I decided to change to a different station.

A cacophony of noise blared through my speakers. “Techno music? At this hour? What in the name of Sarah Michelle Geller are they thinking? This is madness! It’s like drinking coffee before going to sleep. Oh, 5FM, now it makes sense.”

I turned the radio off.

The above illustrates a fundamental problem as far as the state of South African radio is concerned. As our country is experiencing a time of change and self-reflection, I feel the time has come to address this most important issue head-on. Never mind the increase of the interest rate and the rand-dollar exchange, forget the corruption allegations and increase in crime – this is what we should be focusing on the most.

Let’s start by looking at 5FM. 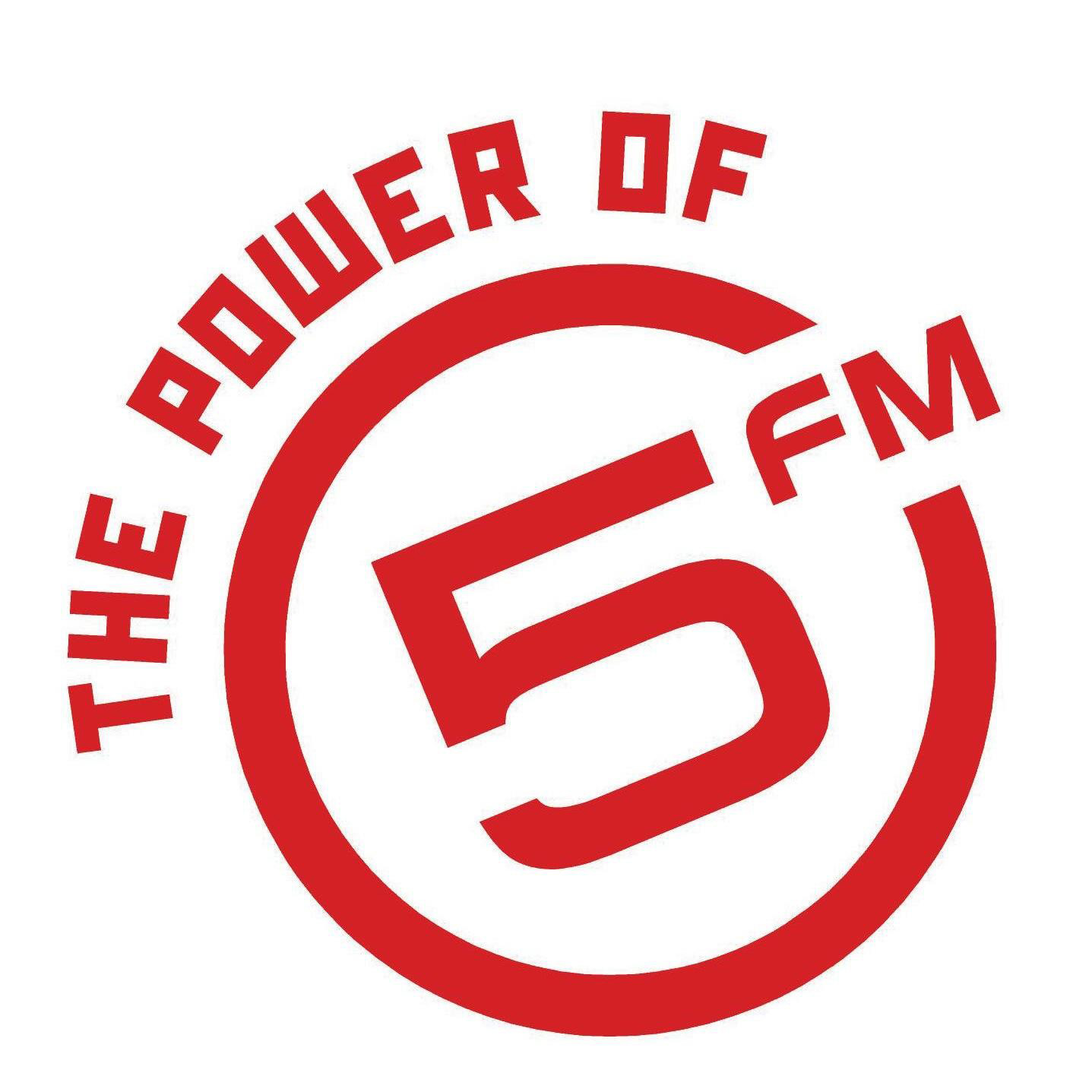 The problem with 5FM is that it tries way too hard to be cool.

* there are no such people, but you had no idea

5FM is basically that guy from high school that got all the hot girls, was great at sports, went to all the good parties, and ended up absolutely average.

Don’t even get me started on Roger Goode. Listening to Roger Goode is like that scene in A Clockwork Orange where Alex is forced to watch horrific images to correct his behaviour. 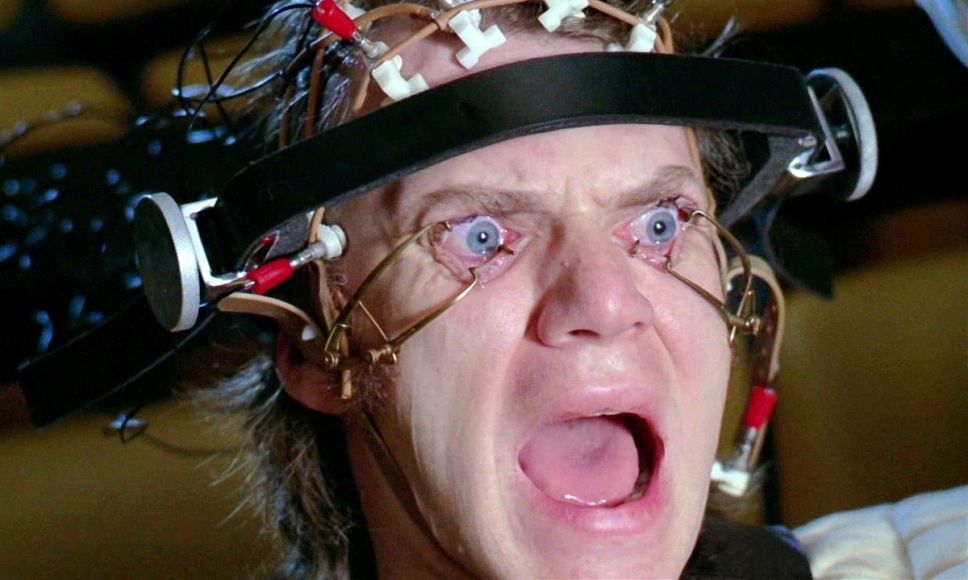 The only difference is that instead of coming away from the experience with an aversion to violence, you come away with a singular desire to do nothing but violence.

I wasn’t a big fan of Gareth Cliff while he was a 5FM presenter because I felt he tried way too hard to be South Africa’s answer to Howard Stern. Now I long for Gareth Cliff because at least he was intelligent. Roger Goode, on the other hand, is one of those presenters that has fart noises on standby. 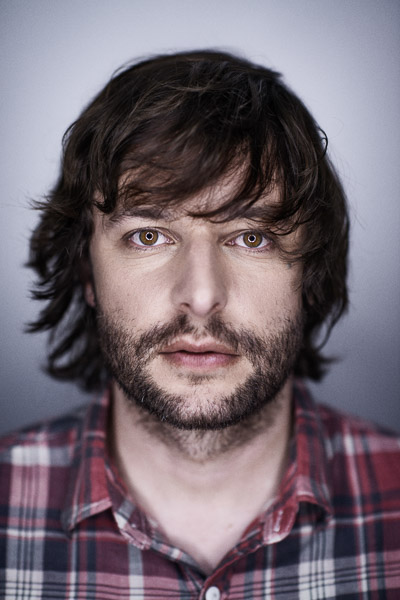 Look, I get that the youth of South Africa don’t want to listen to talk radio, that’s fine. But what I can’t understand is how anyone can get anything out of discussions like, “Where is the sickest party happening this weekend?” That’s the level we’re dealing with here.

Surely we can do better as a nation.

That brings us to KFM.

KFM has the opposite problem to 5FM, in that it’s so safe it may as well broadcast out of the bunker underneath the White House. Unlike 5FM, at least KFM offers a variety of music that at least includes bands you’ve heard of before, but they seem to select five songs and play them on rotation throughout the day, interspersed with a whole range of songs nobody has listened to since Queen Elizabeth I was all like, “I say, these beats are most frightfully fresh. Let us commence with the dancing before tea and scones are served.”

Nobody wants to listen to Simply Red, KFM – nobody.

KFM plays so many crappy songs that when they do play a good song it almost feels like an accident. When they play a current song it’s like an old man wearing a backwards baseball cap. “Grandpa, you’re too old to put your hat backwards, go back to sleep.”

I actually think Ryan O’Connor is a decent on-air presenter – he’s quick, has an easy personality and is quite knowledgeable and funny. He also surrounds himself with a good team, like my ex-wife Liezel van der Westhuizen (we first met when I won R600 in their pop quiz one morning, you can hear the whole ordeal here). The problem is that they have all different age groups listening to their show – from young children to old-ass grannies, so they have to be very careful about what they say and what they talk about.

The result is a mixed-bag.

The difference between 5FM and KFM can be summed up thusly:

Both topics are equally asinine.

And yes, I know the word “asinine” makes me sound like an asshole, but I assure you that I only use that word when I want to sound smarter than I really am. In real life I would say something like, “What were we talking about again?”

So what’s the solution?

Well, you could listen to Cape Talk. LOL – just kidding.

No, there needs to be a happy medium radio station, a radio station that caters to both the youth and your mother. In America you can find a radio station for just about anything, especially on satellite. You like Eskimo music made using the bones of dead seals? EskimoFM has you covered. Want a station dedicated entirely to Joey Fatone from *NSYNC? Sure, why not.

I’m not saying we need to introduce satellite radio into the country, although that would be pretty amazing, I’m just saying we need more options for our ice cream than simply chocolate or vanilla.

“But Michael, I live in Johannesburg and we have Radio 702, that’s actually pretty decent!”

That’s completely beside the point.

I myself find that the best thing to do during a long car drive is to plug your phone into your audio jack and just listen to downloaded audio books or podcasts.

Been meaning to read that autobiography of Arnold Schwarzenegger but never seem to find the time? Why not listen to it while stuck in traffic and remove one book from your pile? By the way, I’m not even kidding, I listened to Arnold Schwarzenegger’s autobiography and you better believe that shit was amazing. At one point he talks about having to use an outhouse as a child growing up in Austria. Just hearing Arnold say the word “poo” is something that needs to be heard to be truly appreciated.

I’ve listened to so many audio books at this point I’ve actually forgotten how to read. When I pick up a book I actually start trying to scroll through the pages and get annoyed when Angry Birds doesn’t come up.

So the next time you find yourself in your car and think, “Maybe I should turn on the radio?” do the smart thing and veer into oncoming traffic instead. 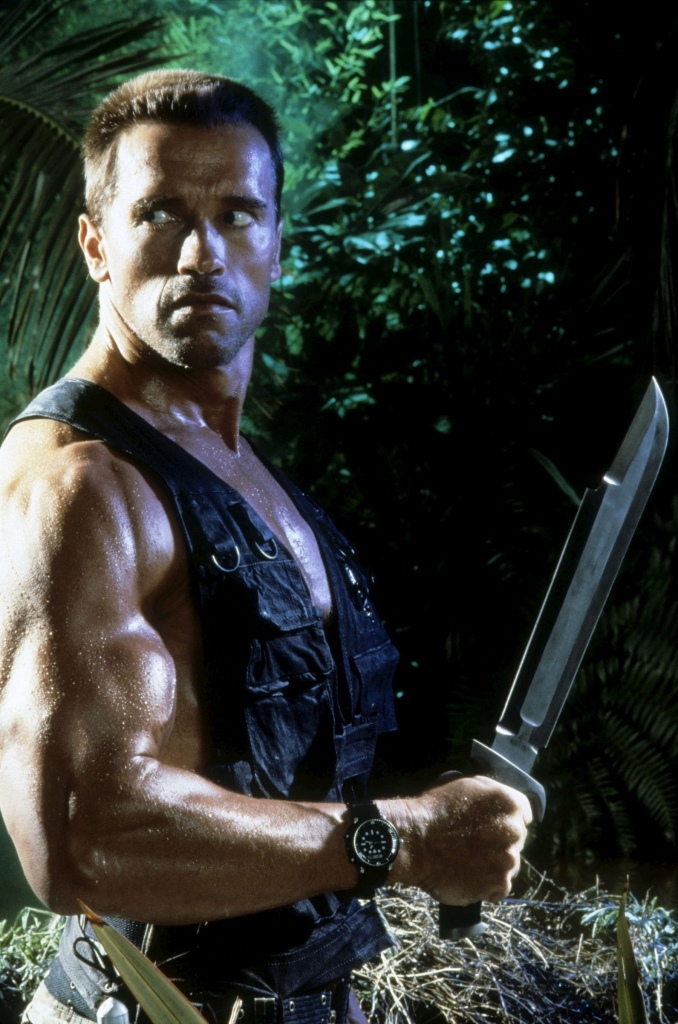 A rare photo from Arnold Schwarzenegger’s childhood in Austria