Ever heard of the planking challenge?

Chances are you’ve stumbled upon some variation of the latest craze to sweep the world since reality said, “We’re doing what now?” and left us in the dystopian nightmare we find ourselves in.

For those who need a catch-up lesson, the challenge is simple: gradually increase the amount of time you can plank for each day over a thirty-day period, the ultimate goal being to plank for five whole minutes without dying.

If you’re unsure what a plank is, it’s essentially a core strength exercise that involves maintaining a position similar to a push-up for the maximum possible time.

At least that’s what the personal trainers would have you believe.

What planking really is, according to my research, is a physical representation of the unholy union between Torgùnd, a demon from the Ninth Circle of Hell, and an exercise ball from Virgin Active in Claremont.

Back in the day, the only planking anyone did was at the behest of the aptly named Captain Longshanks the Cruel, a pirate with a particular fondness for making his enemies walk across a wooden plank attached to the side of his ship while taunting them with sick burns like, “Ye call that a beard? It be naught but a boy’s stubble” and “Yer a right dandy ye are” as they plummeted to their deaths in the ocean below. A grisly way to go, to be sure. This is similar to what we know as planking today, except instead of a sweet bod, you got death by drowning.

Planking for five minutes doesn’t sound that hard on paper. I mean five minutes? That’s like sixty seconds longer than four minutes! How hard can it be?

Well my friends, I’m here to tell you that it is hard. Not just regular hard, I’m talking playing Call of Duty against a mean teenager hard. We’re talking listening to an entire Cardi B album in one sitting hard.

The first time I planked I psyched myself up in front of a mirror by slapping myself across the face and screaming, “YOU GOT THIS!” I then dropped to the floor, started the stop watch, got into the planking position and, after what seemed like a lifetime of pain, looked at the stop watch to see that only five seconds had passed.

When the lockdown began I had every intention of maintaining some form of exercise while trapped indoors. My brain could literally reform in the shape of the Netflix logo, as far as I was concerned, but my body would come out of the lockdown the same way it went in – average.

I wasn’t quite sure how to achieve this, as I’m usually a runner and the garden where I find myself staying is not big enough to run in. I also have too much self-respect to walk backwards and forwards for seven hours straight until I reach 42.2km like that crazy dude in France. I mean of course that guy is French. He was probably eating a croissant and reading Asterix and Obelix while doing it too (my knowledge of France is limited). Listen, unless I’m guaranteed to get a date with Kate Beckinsale at the end of it, I ain’t exercising for seven hours straight.

So I started planking.

It’s been ten days now and I’m up to three minutes. To me, this is some top five miraculous shit. It’s basically:

As we all know, just because some things are possible does not mean that they should be.

I mean the sky’s the limit now, right? Have I opened Pandora’s Box? Flown too close to the sun?

I’ve seen Prometheus, I know how these things usually end – with a giant cliffhanger that never gets satisfactorily resolved.

It’s like that scene in Jurassic Park where Jeff Goldblum says, “Your scientists were so preoccupied with whether or not they could, they didn’t stop to think if they should.” Man, what a great movie. That part where the raptors trick Muldoon and he’s all like, “Clever girl” before being maul- wait, I’m getting derailed again.

What was the point of this whole thing again? Oh, right. I can now plank for three minutes and there’s still two weeks of lockdown. By my calculation that means that I should at least be able to dodge bullets by the end of this thing.

So if you’re looking for something to do or some way of staying in shape, I highly recommend the planking challenge.

Alternatively you could always have someone punch you in the gut repeatedly while taunting you about your mediocre childhood.

It’s kind of the same experience. 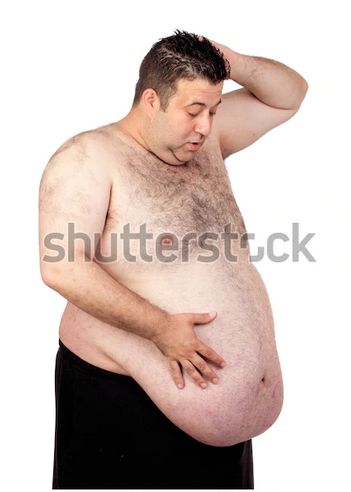 2 thoughts on “The Shawplank Redemption”