There is an old Native American proverb which originates from the Wintu tribe of the Sacramento Valley. It states that once a joke is explained it loses its humour and is therefore no longer funny.

I read that on a Spur menu once, so it’s almost certainly true.

No one understood humour more than the Native American tribes that scattered across the Great Plains of North America so long ago now. It was, after all, the great chief Black Paw of the Seinfeld clan who planted the seeds of stand-up comedy by asking, “What is the deal with all these white people?” This question was met with a moment of curious contemplation, followed almost immediately by uproarious laughter, the greatest feast in recorded history, and much scalping.

In fact, some historians believe that the main cause of mistrust between the first visitors to the New World and the locals was because of a fundamental difference in sense of humour. They even go so far as to speculate that the only reason John Smith fell in love with Pocahontas was because she could do an amazing pratfall and knew every Monty Python sketch by heart.

But the one thing the Native American tribes failed to take into account is how, in these modern times, people would feel the need to have everything explained to them – to consume information at such a rapid pace that even Robocop would have trouble keeping up.

I bring all of this up because I am about to commit the cardinal sin the Native Americans warned us about, and explain a joke.

For a long time now people have been telling me to start a blog.

“Oh Michael,” they’d say, “You’re not entirely unfunny, you should start a blog!”

“Don’t doubt yourself – you can do anything you set your mind to. All you have to do is believe!”

“People said the same thing to Jafar, and look how that turned out.”

“Don’t be ridiculous, everyone knows Jafar was just looking out for his own self-interests and wanted to rule Agrabah. He probably would have done so too if Aladdin hadn’t tricked him and ruined everything. I mean, even his own parrot made fun of him behind his– look, why are we even talking about this?”

The reality is that I’m not good with compliments, so any exchange that starts with someone telling me that I should start a blog is usually followed by an awkward silence and then my shouting something like, “I LIKE BLOGS!” in their face before running away.

It didn’t help that for the last five years I’ve been rocking a pretty serious drug addiction, gained three hundred pounds and binge-watched every episode of The Cosby Show six times in a row.

Months would go by and still, no blog.

But once the methamphetamines left my system and the more I thought about it, the more it made sense.

“Yeah,” I said to my overweight, bearded and pale reflection in the mirror, “Why shouldn’t I start a blog? If Oprah has a blog, why shouldn’t I have one? Oprah and I are practically the same person!”

So I got to work.

I lost the weight, shaved the beard and slowly weaned myself off of the Huxtable family’s comedic-yet-heart-warming exploits.

I knew I wanted my blog to stand out so I bought a fancy hosting package, hired a graphic designer based in Los Angeles (in my head the guy looks like this) to create my logo, did an enormous amount of cocaine, and here we are.

What exactly is a rope of sand, you ask?

Well, aside from being the title of an excellent 1949 adventure-suspense film noir starring Burt Lancaster (ask your parents) it is also – believe it or not – a running joke used in academic writing.

Purposefully meaningless and ambivalent, the phrase is used after a colon to “spice up” a title.

For example, if you wrote a book entitled Migration Patterns of the Humpback Whale, no one would read it because it sounds boring as fuck. However, if you title it Migration Patterns of the Humpback Whale: A Rope of Sand, it sounds way sexier and suddenly you have people lined up around the block to buy your book and find out just how far those crazy whales travel every year. The next thing you know – BAM! – you’re the next Danielle Steel.

Since “meaningless” and “ambivalent” are two of the strongest adjectives I would use to describe my writing, it sounds pretty fitting, no?

Well now here we are. I’ve explained the meaning of the title of my blog and the joke isn’t really that funny anymore. I should probably just pack up and call it a day. Man, those Native Americans really knew what they were talking about. Until they were wiped out to the verge of near-extinction by a mass genocide that has still gone unanswered to this day, I mean.

“I don’t get it. What’s the point of all this? When I suggested you start a blog I was thinking more along the lines of… I don’t know… gardening, or home décor – but this? I don’t even know what this is! Why should I keep coming back here? I don’t have time for this tomfoolery! Who the HELL do you think you are? This smells like witchcraft to me! Let’s burn this motherfucker down before he turns us all into badgers using his dark magic!”

Whoa, calm down. You went full-on medieval on me there.

The reality is that I only half created this website for you.

I need to start writing more; I’ve known that for a long time. The only way to improve as a writer is to keep writing, and the only way I’ll be able to turn my first novel – Field of Seams: Life in an Indonesian Sweatshop – into an Academy Award-winning screenplay is if I keep writing. If people can read my stuff and enjoy it in the meantime, all the better.

I can’t promise that you’ll read something new on here every day, but I’m going to try my best – even if it’s just a few paragraphs.

I can’t promise that everything you read on here will be funny.

Hell, I can’t promise that everything you read on here will even be good.

But I can promise that you will read stuff on here constantly, and that’s good enough for me.

Since you are the granules that make up the Rope of Sand, to you I say – welcome, enjoy yourself, and for the love of God, don’t touch anything.

Chief Black Paw, or “Chuckles” to his friends

2 thoughts on “The Beginning” 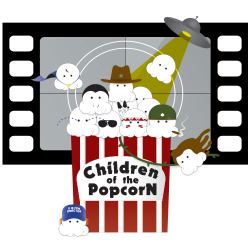