The greatest compliment one can bestow upon Darren Aronofsky’s Noah is that it swings for the fences.

In fact, it swings so far past the fences that the ball goes right out of the stadium, crashes through the window of a nearby factory, knocks an unsuspecting worker on the head putting him into a coma for six months, and is subsequently sued by the worker’s family for millions of dollars in compensation.

To put it simply: you’ve never seen a biblical epic quite like this.

From the director of Black Swan, Requiem for a Dream, The Fountain and Pi comes a biblical film so crazy it makes The Life of Brian look like a documentary. It’s basically the least biblical ‘biblical film’ ever, and those are the words of the film’s director!

Imagine if The Passion of the Christ had giant fallen angel rock monsters (or “Watchers”, as they’re referred to in the film) and gryphon-like creatures, and you begin to have some idea of what’s in store. Not that I’m complaining, mind you. I’d much rather have a dark, fantasy-embracing biblical epic than a tame, sanitised film that’s so concerned with placating the religious masses that it takes no risks and merely re-treads familiar territory.

In any case, I’m not surprised these elements were absent from the film’s marketing campaign, as the above sounds more like something you’d see in a film about a magical world ruled by a talking lion than a serious take on the Noah’s Ark story. At least, I don’t remember anything about fallen angels, flaming swords and gryphons when I was read this story as a child.

We all know the story to some degree, but I didn’t have time for too much research before seeing the film. I think the film is a loose adaptation of a famous children’s book by Roald Dahl titled The Spectacularly Scrumdifferous Flood.

The story centres on Noah, a man with no surname and one epic beard. Being one of the few righteous men in a world of sinners, Noah has a vision one night that God is going to destroy the world by way of flood. What’s more, God has chosen him to build a vessel to house his family and two of every animal, which will carry them all to safety while the rest of humanity is washed away. Along the way Noah has a series of adventures involving stolen pirate treasure, rescues a princess from a castle guarded by dragons, and learns the true meaning of Christmas. I’m summarising, of course, but that’s basically what happens.

Noah is played by Russell Crowe, who was personally selected to portray himself by the real Noah when the film rights to his life were sold many years ago. Crowe sports a grey beard and long grey hair for the majority of the film, which really helps in his distinguishing the character from the previous roles he’s played. I mean, who can forget his Oscar-winning turn as General Maximus Decimus Meridius in Gladiator? His hair was quite short in that film – powerful stuff. Remember when his hair was combed to the side when he played John Nash in A Beautiful Mind? Talk about range! In this film he even sports multiple hairstyles throughout the running time, which elevates his performance to the next level. 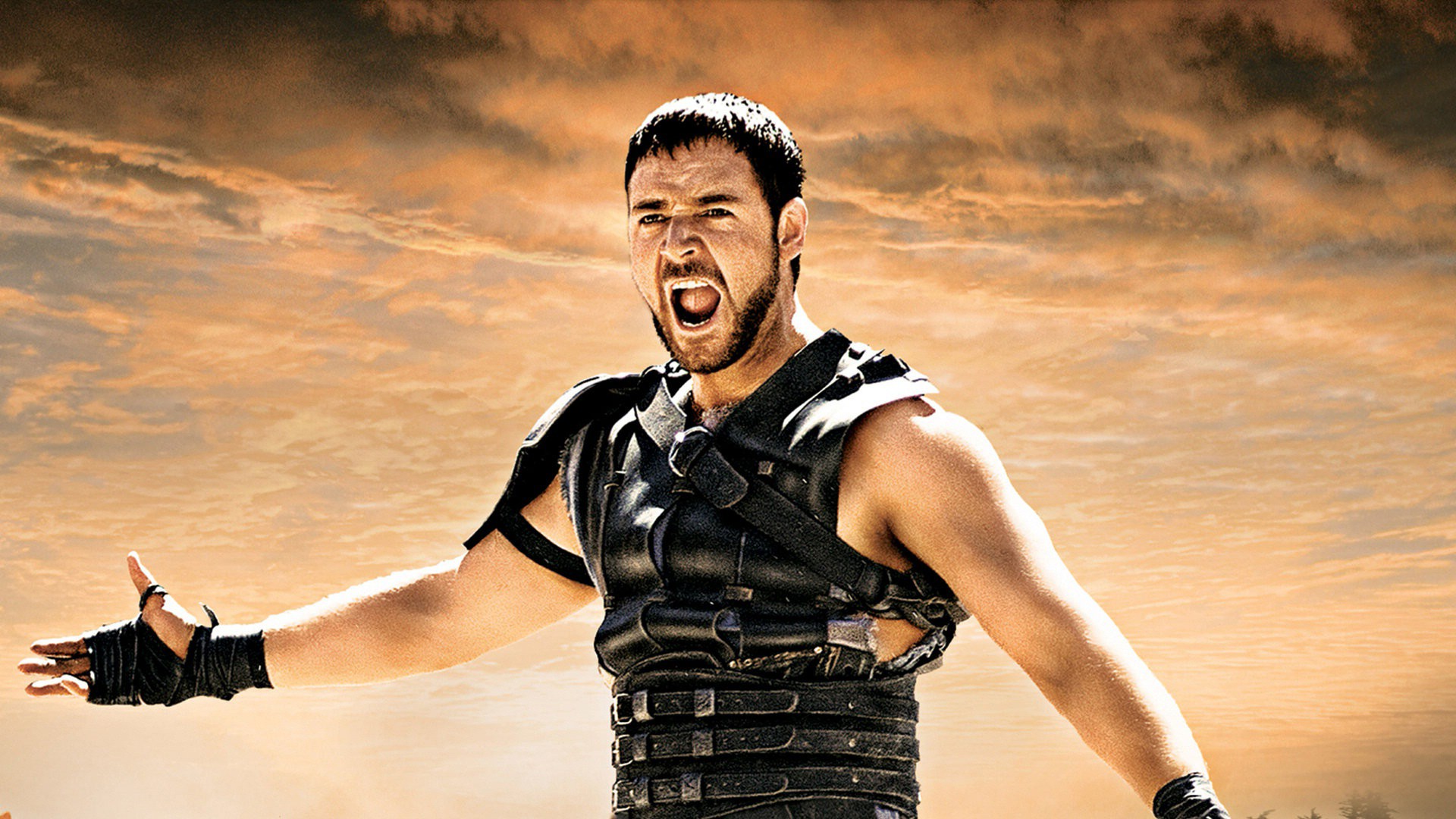 “Look at my fucking haaair!”

His wife, Naameh, is played by Jennifer Connelly. It’s interesting to note that Connelly also played Russell Crowe’s wife in A Beautiful Mind. I like to imagine that Noah is actually a prequel to that film, and the paranoid schizophrenia and delusional episodes experienced by John Nash are merely a result of his time on the Ark and conversations with God. In my upcoming book A Beautiful Gladiator: The Life and Times of Russell Crowe, I go on to speculate that Les Misérables is actually a sequel to A Beautiful Mind, whereby John Nash has completely lost touch with reality and thinks he’s a police inspector in a musical set in 19th century France.

Anyway, where was I? Oh, Noah’s adopted daughter Ila is played by Hermione Granger. She doesn’t cast a single spell throughout the film, which is a shame considering she was one of the best pupils at Hogwarts School of Witchcraft and Wizardry. She tries her best to make the audience believe she is playing another character that isn’t Hermione, but ultimately falls short as one constantly expects some ginger dude or – I don’t know – a talking rat or some shit to appear out of nowhere and be all expecto patronum on Noah’s goofy ass.

Sir Anthony Hopkins is also in on the fun as Noah’s elderly grandfather Methuselah, or as I call him, Methu$elah, since Hopkins clearly takes any role that comes his way these days. He doesn’t really have much to do other than be old and crave berries, but it’s Anthony Hopkins so you’ll fucking believe he really wants those berries.

Oh yes, Noah also has two sons – Shem and Ham (seriously, that’s his name) played by Douglas Booth and Logan Lerman respectively. What Logan Lerman is doing in this film is beyond me. You’re going around casting for your biblical epic and you think Percy Jackson is a good choice? I’d love to have been in that production meeting.

Darren Aronofsky: “Okay, so we’ve locked down Noah, Naameh and Methuselah. What about Ham?”

Aronofsky: “No, I’m talking about the character.”

Aronofsky: “That would be a great choice, if we were making this film in 1992.”

Grey: “What about Haley Joel Osment?”

Aronofsky: “Brad, what year do you think this is?”

Grey: “Okay, okay. What about that kid from War of the Worlds?”

Aronofsky: “But you cast him in Indiana Jones!”

Grey: “I did? Must have been during my freebasing phase.”

Aronofsky: “Any other suggestions?”

Grey: “What about Mark Wahlberg?”

Aronofsky: “Let me get this straight. You’re suggesting Mark Wahlberg – a 42-year-old guy from Boston – to play Noah’s teenage son?”

Greg: “He tracks well with the younger demographic.”

I don’t know much about Douglas Booth, but his performance certainly isn’t anything to flood the world about. They could have switched him out for Keenan Thompson halfway through the film and you probably wouldn’t have noticed a difference. 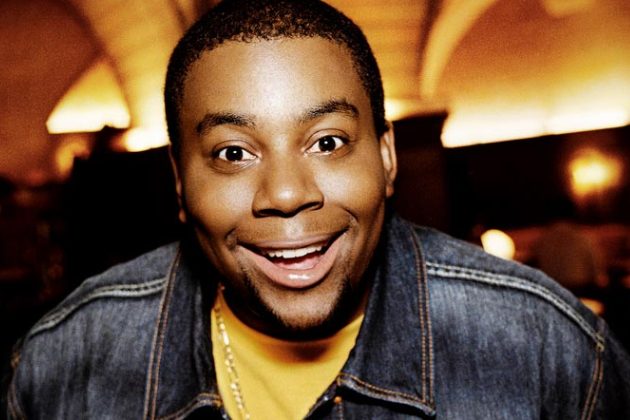 Another element that separates this version of the tale from the one most of us are familiar with, is just how psychopathic Noah is portrayed as being. Believing that the Creator (the word God is never mentioned in the film) wants his family to deliver the animals safely to a new land and then die out, extinguishing the human race for good, Noah is shocked – shocked – to hear that Hermione is pregnant and vows to kill the child if it turns out to be a girl. Much time is spent on this, and Noah becomes rather unlikeable as a result. Coupled with the fact that he lets an innocent girl get trampled to death by a stampeding hoard and you have one seriously morally ambiguous hero. All I’m saying is, if you like your Noah’s Ark story to feature a borderline-psychopathic Noah, then you’ll love this film.

What else? The special effects are pretty stellar, but what do you expect coming from Industrial Light & Magic? There’s a sequence towards the middle of the film in which we see creation unfold, which is truly breath-taking. As in, it literally took my breath away as I went into a full-on anaphylactic seizure. This wasn’t ILM’s fault, mind you, but rather the horrendous 3D post-conversion that left me partially blind. The film is dark and the camera is constantly moving, which makes the 3D not only redundant but rather painful to bear. Speaking of bears, I loved the shots of the animals flocking, flying and slithering towards the Ark. At one point Naameh turns to Noah and says, “The snakes are coming too?” To which Noah replies, “You bet your fucking ass the snakes are coming too!” Well, he actually quotes a line from his vision about “all that slithers”, but the whole exchange is ridiculous no matter how you paint it.

The global warming aspect, mirroring what’s happening today with mankind destroying the planet in the past and being wiped out as a result, wasn’t as heavy-handed as I suspected, which was a welcome relief.

All in all I had a good time with the film. I liked the fact that it was far more fantastical than I was expecting while taking itself deadly seriously. I thought it straddled the line between being respectful and remaining faithful to the story, while still servicing the needs of a three-act structure. Sure it’s utterly nuts most of the time, but then, what did you want from a film about a man that builds a giant boat carrying every animal on the planet and is so devoted to his mission that he’s willing to kill babies to see it through?

I give this film seven forbidden fruits out of ten.

God I love this picture.

One thought on “Noah: Portrait of a Psychopath”